Attorney Tom Pavlinic was born and raised in Youngstown, OH. He graduated from the University of Maryland in 1969 and George Washington University Law School in 1973. He was admitted to the bar in Maryland by the Court of Appeals on December 27, 1973. During the course of his 45-year practice, he has never been the subject of a disciplinary proceeding.

After law school, Tom clerked a year for the Hon. E. Mackall Childs in the Circuit Court for Anne Arundel County, Maryland before spending two years as a staff attorney with the Office of the Public Defender. Since 1975, he has been in private practice. Having lived and worked in Germany as a student, he speaks fluent German and travels there regularly.

Like many young lawyers starting out in private practice, Tom represented clients in civil (divorce, auto accidents, malpractice) as well as all criminal (murder, robbery, theft, arson) cases.  Early on, though, he recognized that he was best suited for a criminal defense career.

During his role as a criminal defense lawyer, Tom developed a particular interest in defending clients who had been falsely accused of sex crimes. In the mid 1990s, he began shifting the focus of his practice to these specific types of cases. His practice then took on a national scope which gave him the opportunity to defend clients in jurisdictions across the country. Tom began representing clients in states outside of Maryland by working jointly as pro hac vice counsel with lawyers who were licensed to practice in those states.

Having found success in working as a team with lawyers across the country, Tom formed Premier Defense Group in 2009 which became an extension of his unique law practice. The “Group” includes Tom and select criminal defense attorneys licensed in states across the country who have previously worked as local counsel with Tom in sex crimes cases.

When retained, Tom is always the lead attorney and participates in every pre-trial proceeding and throughout the trial, itself, from jury selection to verdict.

Tom has chosen to limit his practice to proceedings at the trial level, because he recognizes that appellate work is time-intensive and demands a particular expertise that requires a lawyer whose practice is dedicated to providing that representation.

When he did practice at the appellate level, though, Tom, working in conjunction with the Office of the Public Defender, obtained a reversal of a child sexual abuse conviction at the Kansas Supreme Court. See State v. Plaskett, 27 P.3d 890, 2001, an opinion that was cited by other courts in 74 decisions.  When the case was returned for a retrial, prosecutors dropped the charges.

Tom and Pennsylvania co-counsel, Mark M. Mack, also prevailed before the Pennsylvania Supreme Court on a child abuse conviction involving issues of competency and taint as matters of first impression. See Com. v. Delbridge, 885 A.2d 27, 2003, cited in 124 decisions. The holding in this case is referenced under the competency comments to Pennsylvania Rule of Evidence 601. See also generally “Court: Memories may be flawed.”

Tom has also been admitted pro hac vice as Amicus Curiae counsel for the False Memory Syndrome Foundation on briefs submitted to, and accepted by, the Supreme Courts of Texas, Rhode Island, Alabama, Pennsylvania, Tennessee, Illinois (twice), Georgia, Wisconsin, California, New Hampshire (twice) and Massachusetts, as well as two divisions of the California Court of Appeals and the United States Court of Appeals for the 5th Circuit.

Tom is a Lifetime Member of National Association of Criminal Defense Lawyers (NACDL). He has been selected to the 2016, 2017, 2018 and 2019 Maryland Super Lawyers lists, rated 10/10 by AVVO and addressed the Tennessee Association of Criminal Defense Lawyers Conference in 2015 with a presentation titled “The Fundamentals of Competently Defending Clients In Sex Crimes Cases.” He is occasionally consulted for his opinion in notable, news-worthy stories such as the Kavanaugh and Dominique Strauss-Kahn cases.

Consult with Tom About Your Case

Tom represents clients in any state and jurisdiction. If you have been contacted by police, believe that you are under investigation, or simply believe that you are being accused, please call 800-993-0632 or use our contact form. Our phone is answered 24 hours a day, 7 days a week.

Tom argues his client's case before the Maryland Court of Appeals. 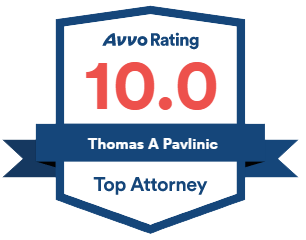